The Hong Kong Red Cross Blood Transfusion Service (BTS) has received a brand-new blood donation vehicle from Bank of China (Hong Kong) Limited (BOCHK). The vehicle will commence service in August and recruit new blood donors by proactively visiting tertiary institution and secondary school campuses in September when the new school year begins. Campus visits also serve promotional and educational purposes. Landmarks across the city are featured in the appearance of the vehicle, symbolising the mission of the BTS to recruit blood donors in the community.

Equipped with three adjustable electric donor chairs, the vehicle can serve three donors with an enhanced donation experience at the same time. A 43-inch high-definition television is also mounted on the body of the vehicle to show educational and promotional videos on blood donation to passers-by.

The Secretary for Food and Health, Professor Sophia Chan; the Deputy Chief Executive of BOCHK, Mrs Ann Kung; the Chairman of the Hospital Authority, Mr Henry Fan; the Chief Executive of the Hospital Authority, Dr Tony Ko; and the Chairman of the BTS Governing Committee, Mr Ambrose Ho, officiated at the launching ceremony today (July 26).

In her opening remarks, Professor Chan pointed out that a safe and adequate blood supply plays an essential role in the healthcare system, and that would only be possible with the help and support from voluntary blood donors and caring corporate bodies. Given the ageing population and the increasing demand for blood transfusion, she said she believes that the BTS will join hands with various sectors to uphold the life-saving mission to provide all hospitals in Hong Kong with sufficient blood products. She expressed her heartfelt gratitude for the enthusiastic support and participation of the community.

Mr Fan said in his speech that, being a pioneer of mobile donation in Southeast Asia, the BTS introduced a mobile donation vehicle in 1973. With the mission "Give Blood, Save Life", it was well received by the public. "Back in 2002, BOCHK donated a Medicoach, which was converted from a container truck, to the BTS. The Medicoach gloriously completed its mission after serving 16 years. We are grateful to have BOCHK's continued support in its donation of this new vehicle to the BTS and I believe the new vehicle will strengthen the service network of blood collection," he remarked.

Mrs Kung highlighted that BOCHK cares about the physical and mental health of the underprivileged. BOCHK has been supporting various charitable projects of medical services to alleviate pressure on the public healthcare system. Over the past year, the pandemic has changed the ways Hong Kong people live and the mobile service was needed more than ever. With greater convenience, the mobile donation vehicle is expected to be able to recruit more donors and pass on the mission of "Give Blood, Save Life" across the city.

The BTS is working with 18 primary and secondary schools, as well as three universities, to arrange mobile blood drives at the campuses. The BTS will continue to explore new venues, and will update the new vehicle's service schedule on its website, on social media platforms and in the "HK Blood" app. 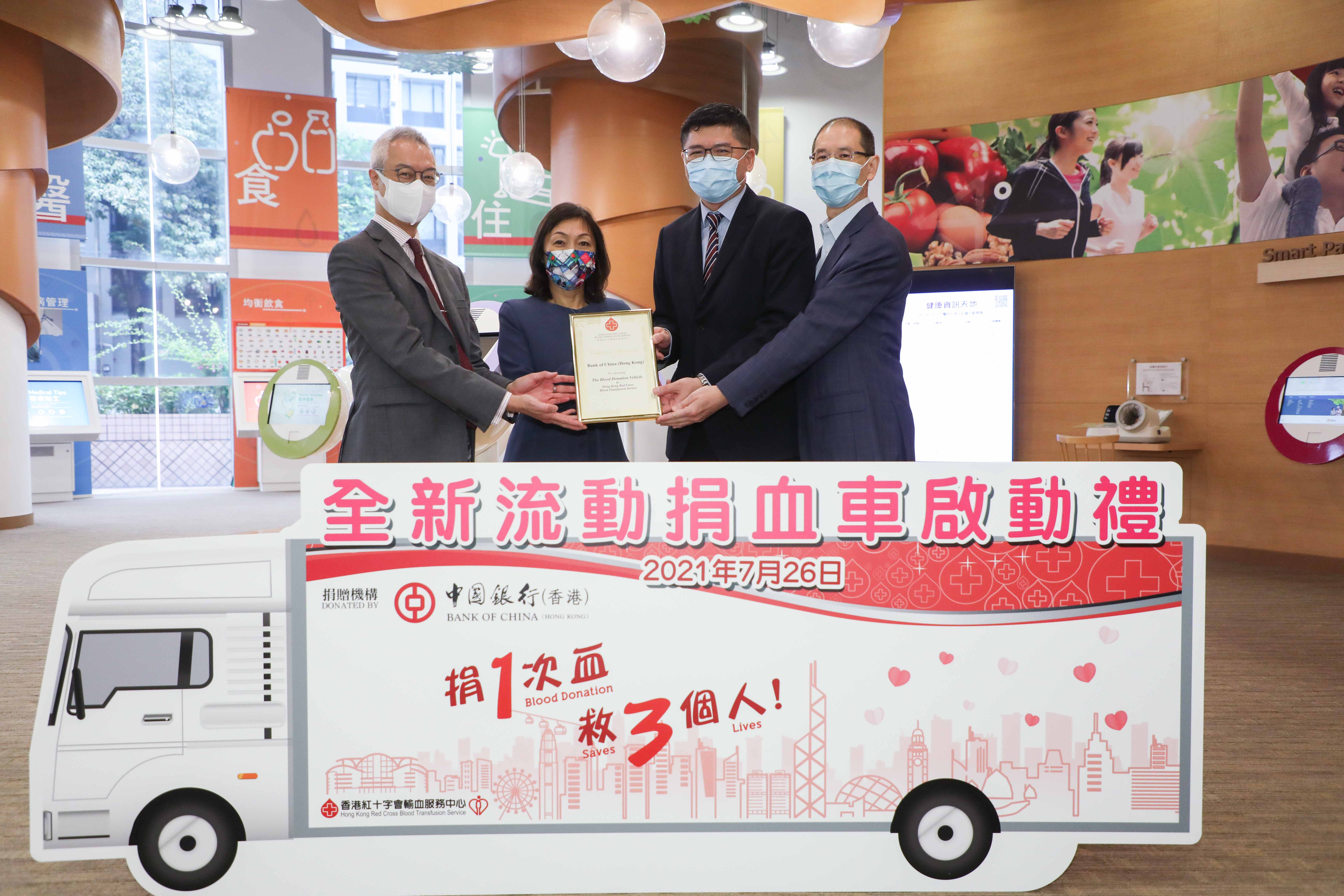 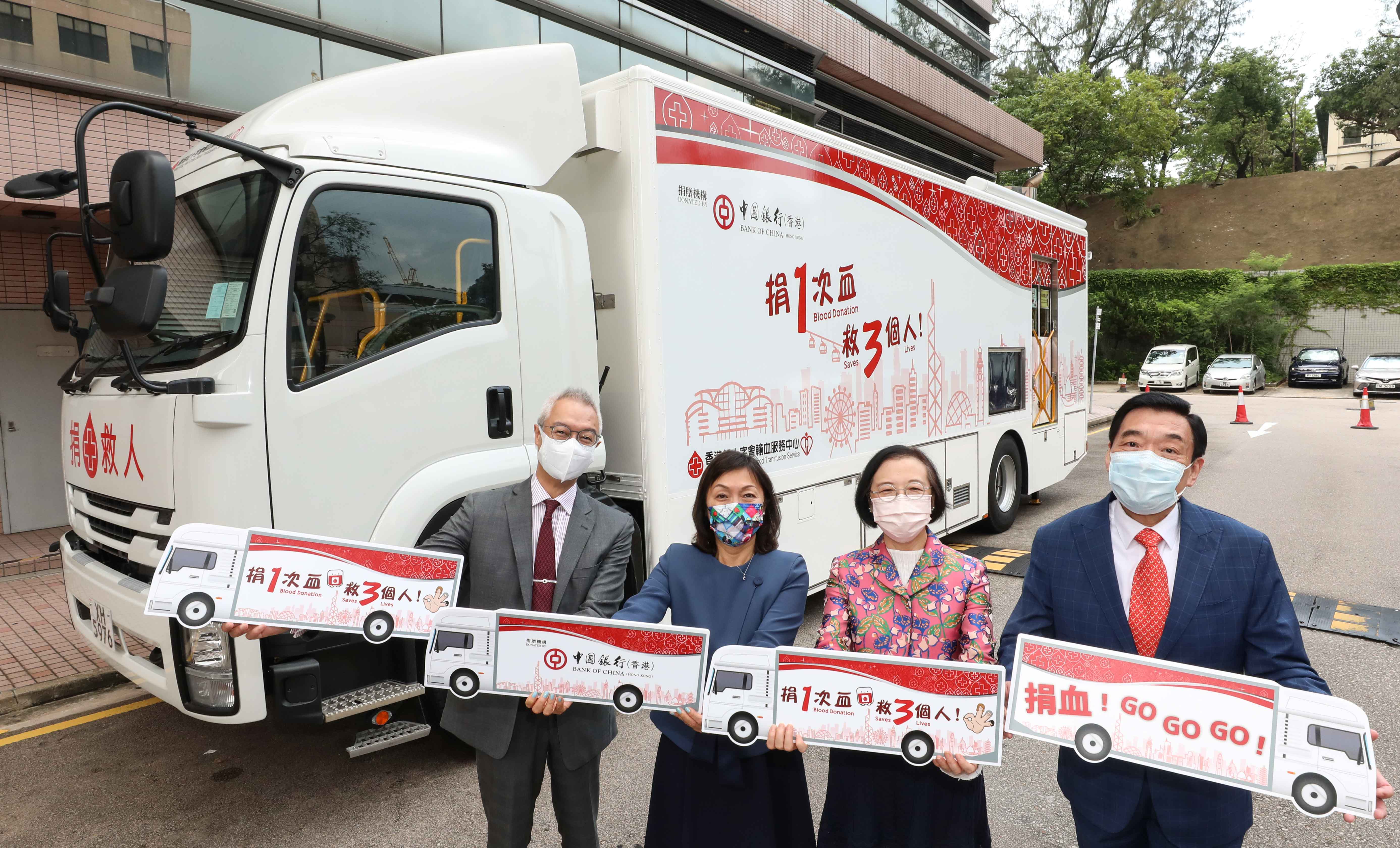 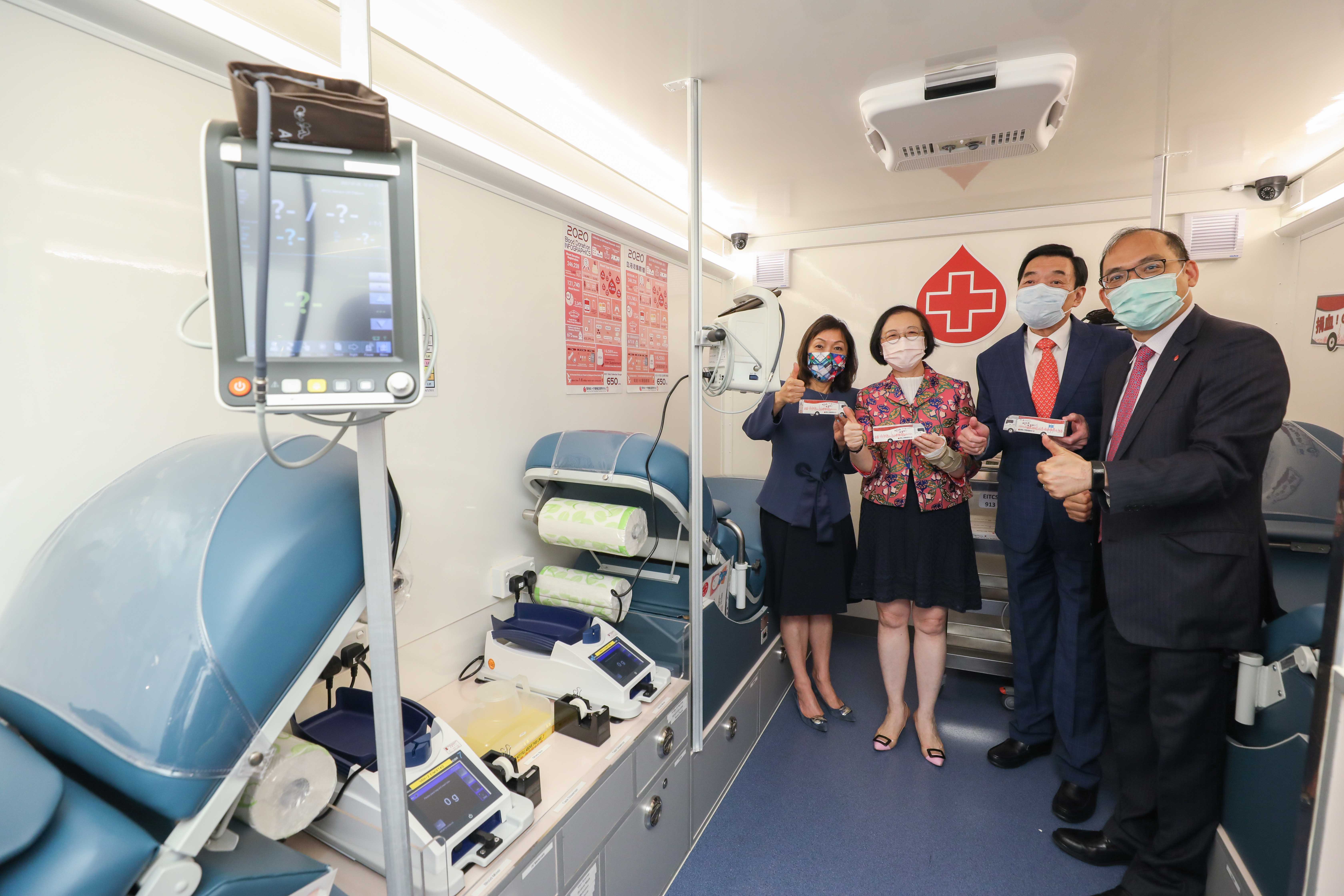 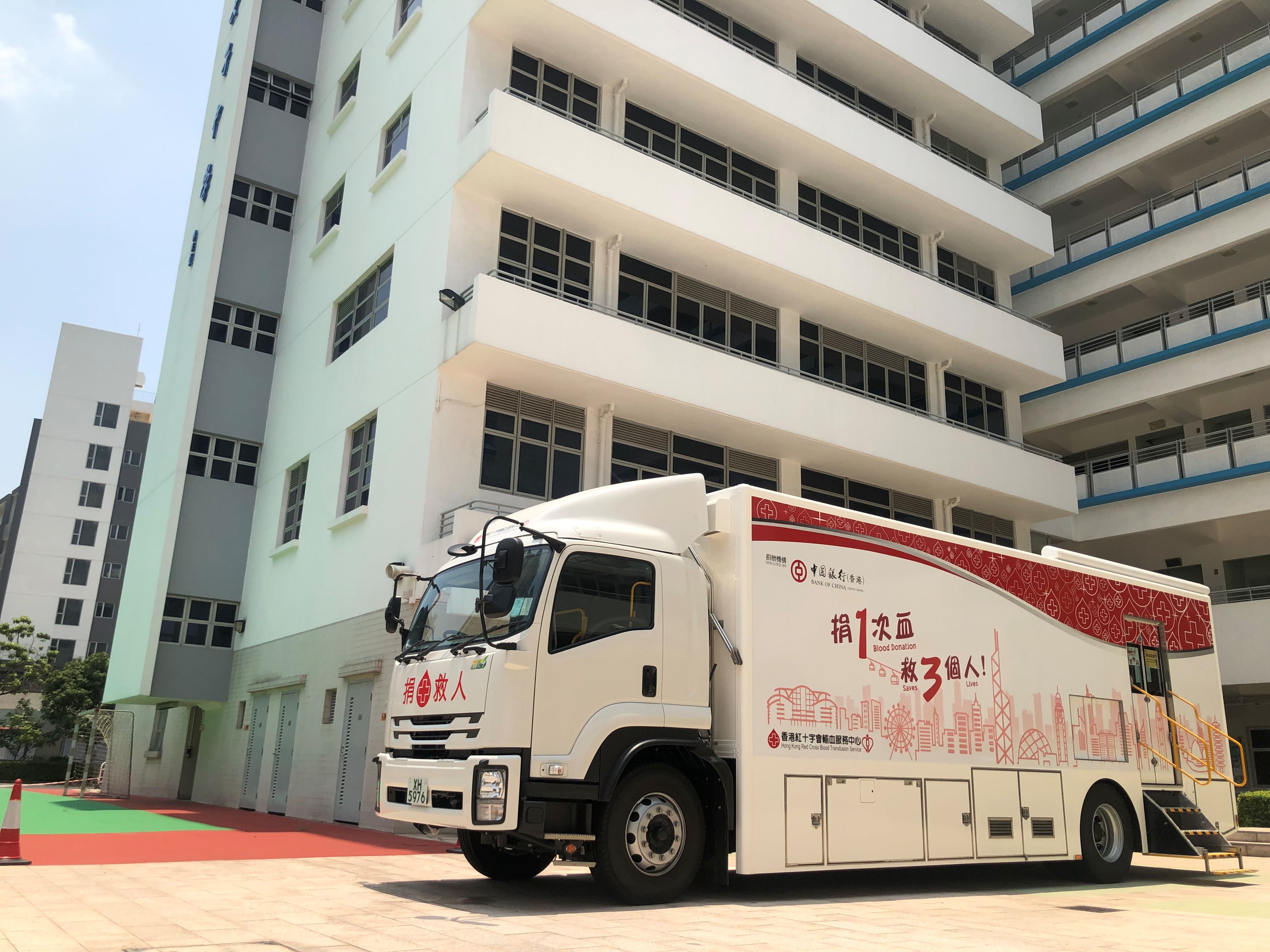 The Hong Kong Red Cross Blood Transfusion Service (BTS) has received a brand-new blood donation vehicle from Bank of China (Hong Kong) Limited. With great flexibility, the vehicle will reach out to tertiary institution and secondary school campuses to recruit donors, as well as serve promotional and educational purposes. The BTS is working with 18 primary and secondary schools, as well as three universities, to arrange mobile blood drives at campuses. 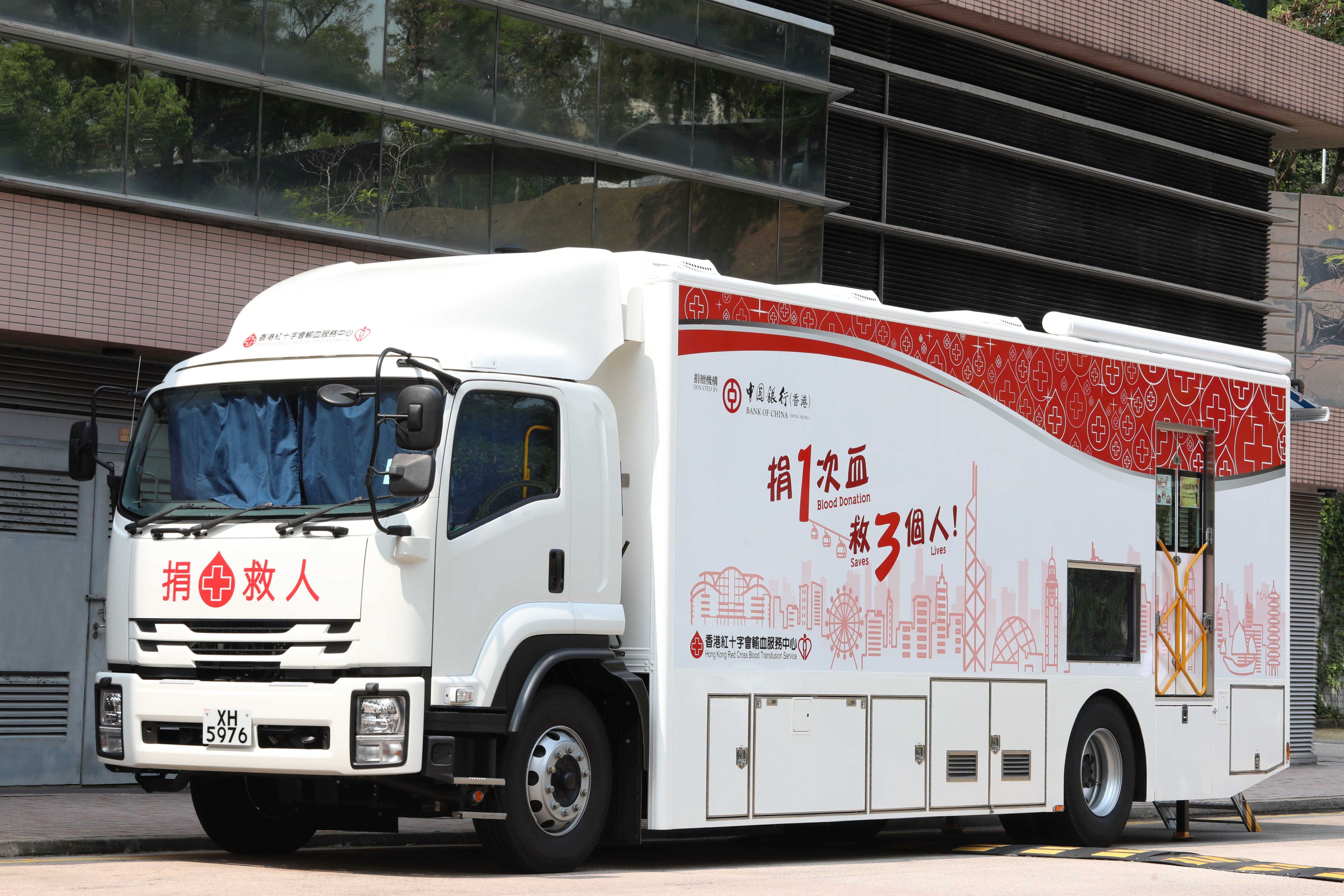